On Thursday June 14, Her Majesty The Queen and Her Royal Highness The Duchess of Sussex visited Chester, in what was a triumphant occasion for the city.

Following the official opening of Storyhouse, the Royal party made their way down Northgate Street where they were greeted by thousands of excited fans proudly showing their enthusiasm by waving Union Jack flags.

The Royal duo arrived at Chester Town Hall just before 1pm, where they were met by cheers from the crowds who had gathered in the Town Hall Square. The Lord Mayor joined them and addressed the excited audience before The Queen unveiled a plaque to commemorate the Royal visit to Chester.

The party were then escorted inside to the grand Assembly Room where they joined over 170 local politicians and civic dignitaries for lunch, as guests of Cheshire West and Chester Council. The three-course luncheon was delivered by catering & event creatives, Horseradish and showcased the finest locally sourced seasonal produce, including Cheshire new potatoes, Delamere raspberries and Chester pudding.

Angus Wilson, Head of Catering at Horseradish said, “We were honoured to welcome Her Majesty The Queen and Her Royal Highness The Duchess of Sussex to the Town Hall. The menu was meticulously designed for the occasion by our chefs and we are all thrilled that it was a success. After lunch our team met the Royal duo who were ever so grateful and offered their kind words regarding how much they had enjoyed their visit. It was a special day that we will all remember for a long time to come!”

The Queen and Duchess later left the Town Hall and were waved farewell by thrilled crowds who had lined the streets once again. 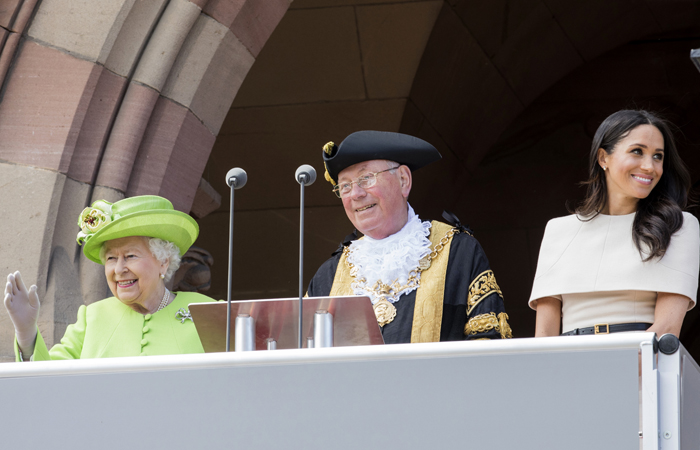 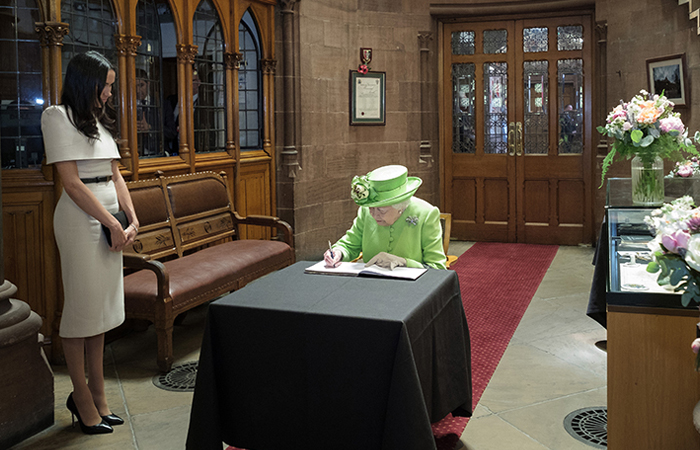 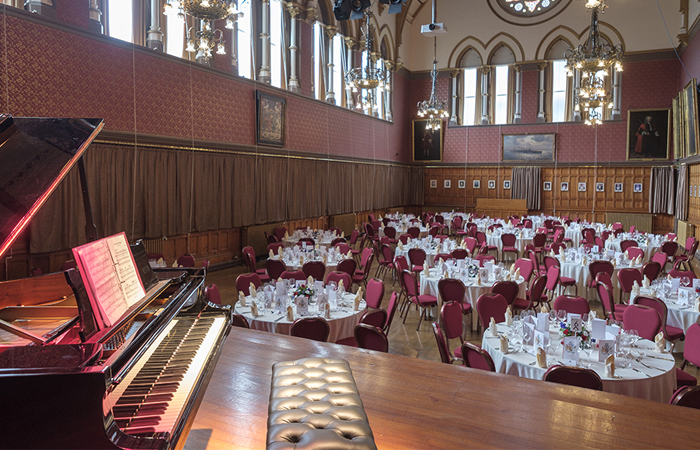